New power and data, new comms and new AV equipment for the meeting room Crane Worldwide Logistics - thanks for the business and best of luck with the launch of your Manchester office #business #officerefurbishment #data #power #Manchester pic.twitter.com/14VF…

We are closed from 24th December until 4th January. Stay safe everybody! Have a very merry Christmas and a happy 2020! We look forward to seeing you all again on the other side. #HappyHolidays2021 #HappyNewYear #merrychristmas2021 #staysafe #xmas2021 pic.twitter.com/o0qg…

In accordance with Government guidelines our offices are now closed.

Please stay home, stay safe and stay healthy. We will see you on the other side!

Any queries in the meantime we are contactable info@metric-office.co.uk

Proud to have been a part of such an epic project!!

PrevPreviousA right royal good time was had by all!!
NextMetric makes more room for pupils in HounslowNext 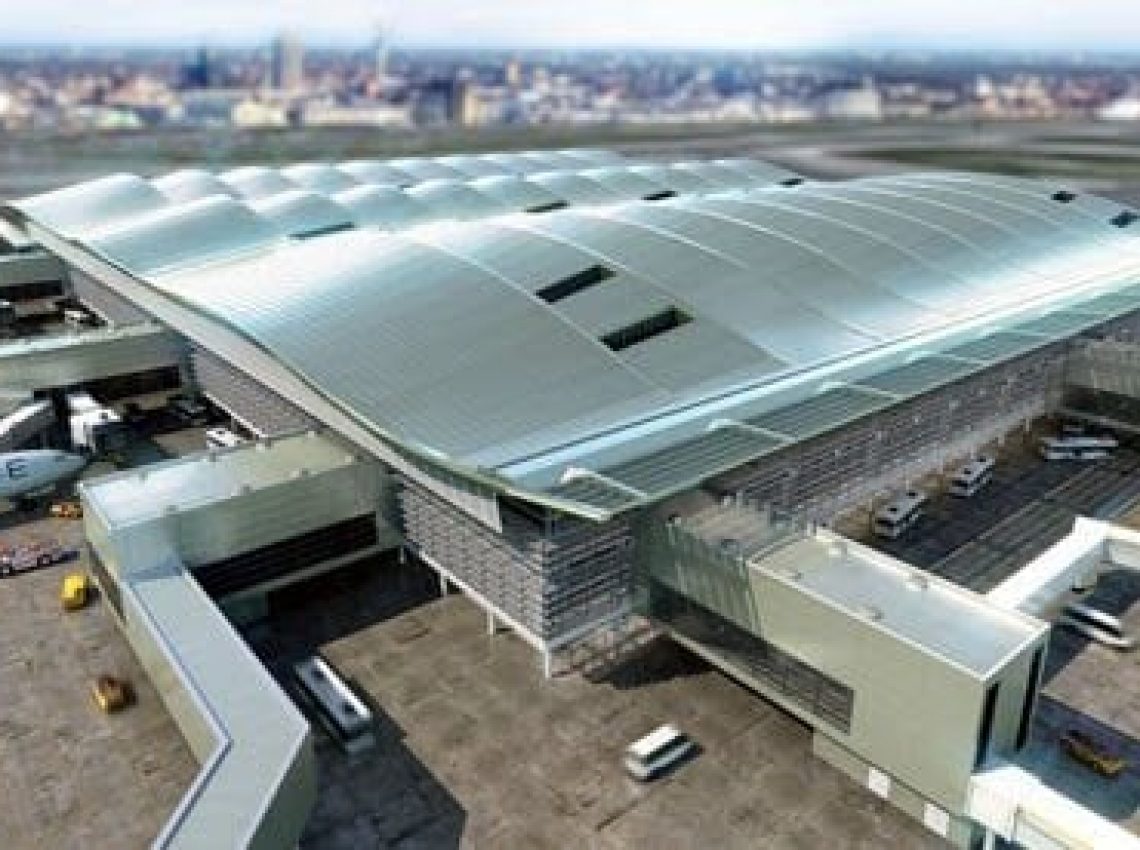 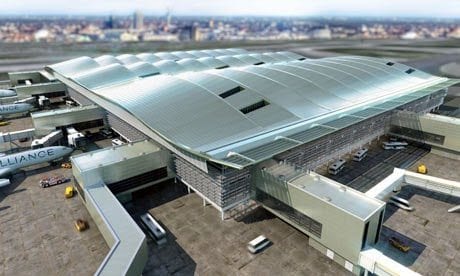 Heathrow is the world’s busiest airport in terms of passenger numbers and Terminal 2 is the biggest addition to the airport since Terminal 5 in 2008.
The monumental new structure is six times bigger than the original, it cost £2.5 billion and took 5 years to complete.
The terminal itself is a vast, giant 5 storey steel structure measuring 220x 200m but the layout is designed with the ‘passenger experience’ at the forefront, in fact every passenger will be able to get from plane to terminal exit in 5 minutes. The terminal will handle over 20 million passengers a year.
Logistical constraints complicated the build (T2 is right in the middle of the airport) but ultimately the construction phase was completed without disruption to daily operations.
The pressure was on for the epic fixtures, furnishings and equipment stage in order to meet the terminal opening date of June 4th.
In November of 2013 Metric were appointed by Carillion as HAL’s Logistics centre for the new terminal. This originally involved 500 pallets going through our warehouse which we needed to pick, pack and deliver to the airport via the CLC Logistics Centre in Colnbrook. This duly increased to 700 pallets!
Our air-side passes facilitated the process and we were able to station an on-site team (ranging from 4 to 10 people) at the airport to meet the daily deliveries and fix and fit everything into place.
The project was not just a challenge due to the enormity of the building itself but also due to the diversity of the product requirement which ranged from ride-on floor cleaners, escalator cleaners, defibrillators, crockery and cutlery, sanitary bins, recycle bins, golf bags, pushchairs and marquees to medical equipment/screens, barriers, stationery, computers, pcs, vending machines even teddy bears! We installed workstations and miles and miles of anti-fatigue matting. The list goes on and on. Goods worth several millions passed through our warehouse and were delivered to the airport with no loss and no damage. 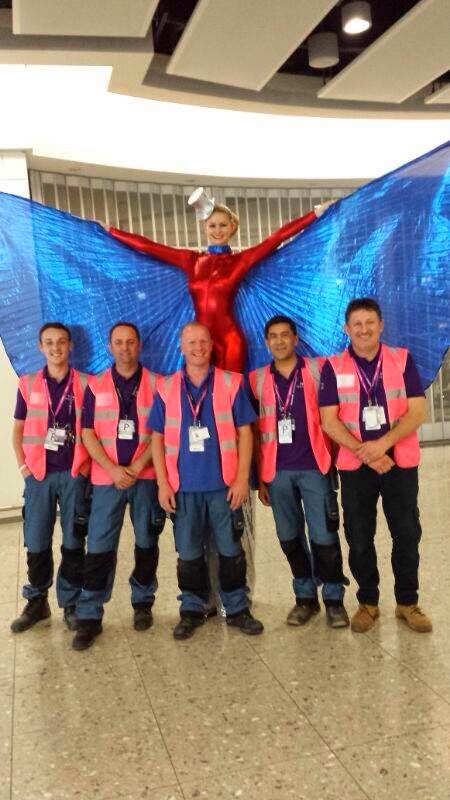 By the time T2 opened it had undergone 182 trials involving 14,000 people and we played an integral part in making these happen moving drinks, food, trolleys, wheelchairs and even people around!! The team were even there to assist with the opening of the terminal by Her Majesty the Queen on 24th June.
Our involvement continues indefinitely in the day to day operations  – at least until the last of the 25 airlines have moved in.
This is what our client had to say about us!
“On behalf of Oxcal and Heathrow Airport Limited I would like to thank Metric and all their wonderful staff for their professional, patient and outstanding approach to the project. It has been a full-on battle to supply and fit the terminal out ready for the opening on 4th June. We as a team succeeded and executed in proud fashion.
This massive achievement would have not been possible without Metric being onboard.
It has been an absolute pleasure to work with you all”
Vernon Rozycki
FF&E Manager
Operational Readiness – Terminal 2 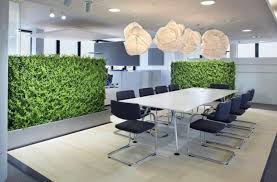 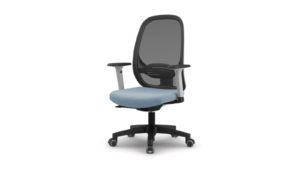 How to sit comfortably on a budget 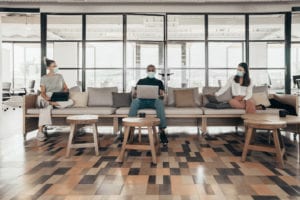 Time to plan your post-lockdown workplace!

Feedback From Our Recent Work

Yardley London had the pleasure in using Metric, as a one-stop shop to help renovate; design and refurbish an old and untenable first floor office into a light, bright and modern office space all in a very tight time frame… a pleasure to work with! 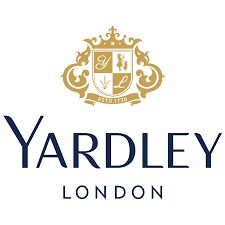 Quentin HighamManaging Director, Yardley London
The team at Metric have been an absolute pleasure to deal with at every stage of our office move. From planning the floor plan and working with us on the design of the office, right through to completing the build and moving us in their can do approach made the move a real pleasure. Nothing was too much trouble and they were able to deliver a fantastic office within a tight deadline. I would recommend the Metric team and look forward to working with them again.

Matthew RodgersEuropcar UK Group | Head of HR Services
We can always rely on Metric to deliver. They are always professional and dedicated. The team are friendly, helpful and operate to The highest of standards. We are already talking to them about future projects! 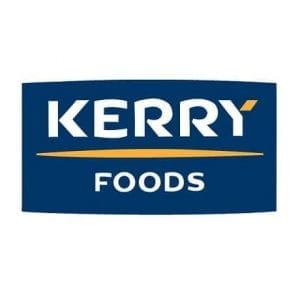 Tracey BrianKerry Foods
The new office property required a complete office re-fit. We are delighted in the end result but also the close project management from Metric throughout the process. 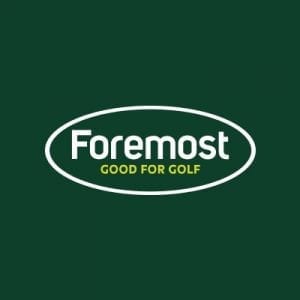 Andy MartinManaging Director, Foremost Golf
Against all odds, Metric delivered a superb job on-time and on-budget. Their wealth of experience meant that we were guided through the entire process with complete professionalism – from concept to completion. 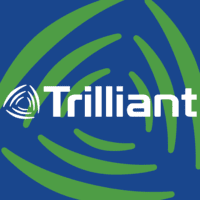 Sue DentProject Administrator, Trilliant
The detail was not just in the planning but also in the execution. The Metric team worked tirelessly from concept to completion to deliver to an exceptionally tight schedule. We are all delighted with the end result.

Séamus KavanaghChief Executive
I was very impressed at the professionalism, responsiveness and customer focused approach from Metric. From the planning stage, Metric took time to get to know our business and really understand our requirements and as a result they did an excellent job in responding to our brief. The space planning and design services were excellent and the filtered choice of furniture was exactly in keeping with the style and look we wanted to create. The excellent relationships Metric have with their supply base ensured we got excellent value for money and the overall costs were affordable and in line with our budget. The feedback from our employees and Board has been brilliant – everyone is really proud of the new office environment and there’s a real buzz of excitement in the office. I would recommend the team at Metric very highly and would definitely use them again on other projects. 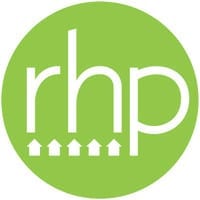 Amina GrahamExecutive Director of Corporate Services Richmond Housing Partnership
"Metric have been a pleasure to deal with from start to finish. From giving advice at the planning stage and managing the project during installation we have been delighted with how smoothly our refurbishment has gone. Nothing was too much trouble for Edward and his team and we cannot recommend Metric highly enough. We are absolutely thrilled with the final result, which looks even better than we originally envisioned. On a personal note Ed has been an absolute star and I have really enjoyed working with him. The lovely guys doing the installation have all been superb, and I will genuinely be sad when the project is finished." 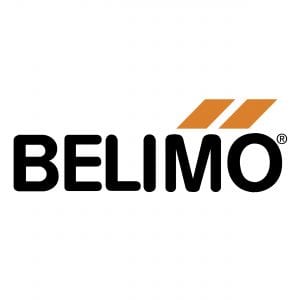 Suzanne MuntBelimo
Our experience with Metric Office has been seamless from start to finish. After going through quite a complex transaction in order to obtain the office space, it was daunting looking at the amount of work that would need doing to make it habitable. The Metric tradesmen have been a pleasure to deal with and have been very accommodating with fulfilling any last-minute requests. This was our first time working with Metric but we have since chosen to use them at our Head Office for removal services and also new furniture. It is safe to say that this was the easiest and smoothest part of this Office acquisition process. I would thoroughly recommend the whole team at Metric Office and look forward to working with them further in the future.

Fill in the form and we'll get straight back to you!

New power and data, new comms and new AV equipment for the meeting room Crane Worldwide Logistics - thanks for the business and best of luck with the launch of your Manchester office #business #officerefurbishment #data #power #Manchester pic.twitter.com/14VFjMgdmD